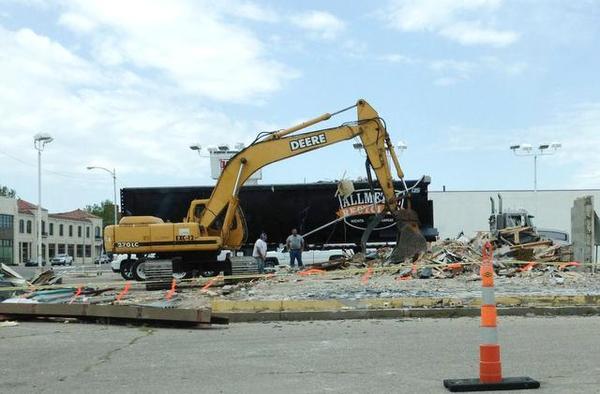 Already, he’s readied the new space for use as a parts fabrication shop.

McGinty has added three vertical milling machines, which will be in operation next week.

In September, McGinty will add a fourth machine – a computer numerical control machine.

The expansion is needed to take on new contracts from Spirit AeroSystems, McGinty said.

McGinty has also bought – and razed – a former car lot at Hydraulic and Douglas, once owned by Big Dog, to make room for a parking lot.

Its current location will continue as a blue-streak shop, producing small quantities of precision-machined parts with fast turnaround times.

The new facilities will be used for regular production work and warehouse and office space.

In all, the company will now have about 100,000 square feet of manufacturing and warehouse space.

McGinty has invested about $3 million in the buildings and machinery and equipment with plans to invest another $2 million in the next year or two, he said.

In the meantime, McGinty is in the process of hiring more staff.

It needs to hire up to five machinists for first and second shifts and three office staff.

McGinty has added about 15 employees in the past two years and now employs 49.

McGinty was founded in 1948. Don McGinty took over the operation from his father, John, in 1980.